Aiding the Body’s Cellular Defenses
Oxidative stress plays a role in the etiology of many health concerns. Various nutritional factors fights free radicals directly or stimulate the body’s antioxidant systems to protect cells from the ravages of excessive oxidation. Our antioxidant formulas provide a broad range of these nutrients in forms that meet our exacting standards of bio-availability, purity, and potency. 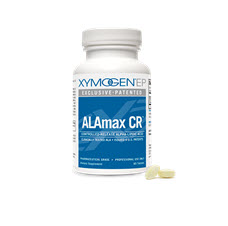 ALAmax CR™ is a whole-body, multifunctional antioxidant that helps to maintain healthy, well-functioning cells.
ALAmax CR is designed to neutralize free radicals. ALAmax CR has the ability to destroy free radicals in both the water-based and lipid-based portion of cells, making it the ideal whole-body antioxidant. In addition, ALAmax CR helps the body synthesize glutathione, the body’s own master detoxifier. ALAmax CR also “recharges” other important antioxidants, such as vitamins C and E, and CoQ10, giving them the ability to continue fighting free radicals for extended periods of time. Unlike regular alpha-lipoic acid, ALAmax CR’s patented, controlled-release formulation provides extended protection. In addition, biotin supports the function of alpha-lipoic acid in regulating glucose metabolism. 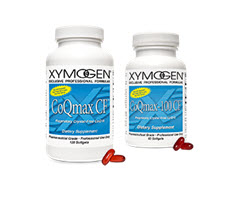 CoQmax CF™ is XYMOGEN®’s proprietary, crystal-free, 50 mg or 100mg CoQ10 for convenient dosing. The formula offers unparalleled absorption and bioavailability. CoQmax CF has been shown in clinical trials to be over eight times more absorbable than powdered CoQ10 and more than twice as bioavailable as other oil-based or so-called “nano”-dispersed formulas on the market. CoQmax CF’s proprietary multi-lipid carrier is a formulation that is unmatched for optimal utilization in the support of cardiovascular and energy-based health needs.

Ubiquinol, the bioactive form of CoQ10, supports antioxidant activity by neutralizing free radicals and toxic superoxides. It supports cytoprotection by minimizing membrane lipid peroxidation as well. The patented, lipid-stabilized form of ubiquinol in CoQmax Ubiquinol™ is present for enhanced bioavailability. Ubiquinol, representing over 90% of total body CoQ10, is efficiently converted to the energy-generating ubiquinone form as the body needs it. 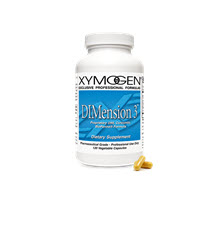 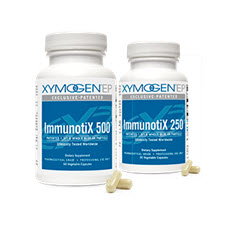 Melatonin is produced naturally in the pineal gland of the brain in response to changes in light exposure; it supports healthy sleep patterns as well as antioxidant and immune activities. Melatonin can be taken as a supplement to support these functions by promoting normal levels of melatonin in the body.

Only for jet lag. Not recommended for prolonged consumption.

Melatonin CR is a vegetarian formula with a biphasic delivery system that releases melatonin quickly and then steadily. Melatonin is naturally produced in the pineal gland in response to changes in light exposure; it helps promote healthy sleep patterns as well as antioxidant and immune activities. Melatonin CR can support these functions by helping to maintain normal levels of melatonin in the body.

Only for jet lag. Not recommended for prolonged consumption. 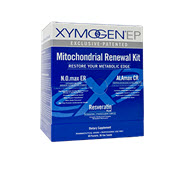 Restore Your Metabolic Edge
Metabolism is the wellspring of life. Mitochondria, representing a staggering 10% of body weight, are the cornerstone of energy production. Over time, mitochondria age. You lose your metabolic “edge.” Your appearance, feeling of well-being, and physical capabilities progressively “dull.”

Sharpen your metabolism back to a razor’s edge with mitochondrial biogenesis. Three scientifically formulated, safe, and effective dietary supplements—ALAmax CR™, N.O.max ER™, and Resveratin™ Plus—seamlessly act as one entity to support the restoration of a lifetime.

This Is How Metabolism Should Look and Feel
Metabolism is the process by which your body’s cells produce energy. Most of this energy is produced in mitochondria. These cellular “powerhouses” oxidize or “burn” calories, principally from glucose (blood sugar) and fat. Metabolically active cells, such as those of the brain, heart, and muscle, may contain 100s to 1,000s of mitochondria. The more mitochondria inside your cells, the more calories your body can burn. Thus, healthy mitochondria give your metabolism a calorie-burning, energy-generating edge.The process by which new mitochondria are produced inside your body’s cells is known as mitochondrial biogenesis. In light of the many metabolic and protective roles played by mitochondria, it’s no surprise that mitochondrial biogenesis is critical to delaying the effects of aging and age-associated declines in metabolism (e.g., increased body fat and decreased lean muscle tissue).1,2,3 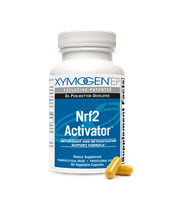 Nrf2 Activator™, developed by Dr. David Perlmutter, is an exclusive formula designed to activate the Nrf2 genetic pathway. This pathway regulates the production of important molecules that impart antioxidant activity, such as glutathione and superoxide dismutase (SOD). 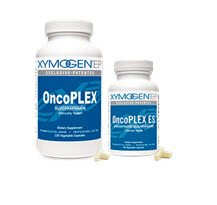 SGS™ broccoli seed extract is obtained using a patented process to extract glucoraphanin (also known as sulforaphane glucosinolate or “sgs”) from its most concentrated cruciferous source—broccoli seeds. Glucoraphanin is enzymatically converted to the extensively researched isothiocyanate known as sulforaphane (SFN). Research suggests that SFN supports long-lasting antioxidant activity and the production of detoxification enzymes. It also extends support to the immune, nervous, and cardiovascular systems, addressing the maintenance of good health throughout adult life.

S-Acetyl Glutathione is a patent-pending, acetylated form of glutathione. This form is well-absorbed and more stable throughout the digestive tract than other forms on the market. Use of stomach acid-resistant capsules (DRcaps™) further protect stability. Laboratory data showed that S-acetyl glutathione increased intracellular glutathione and had a positive effect on many oxidative stress biomarkers. 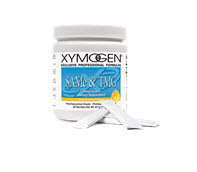 SAMe & TMG is a sweet, yet slightly tart lemon-flavored powder. SAMe (S-adenosyl-L-methionine) and TMG (trimethylglycine) are naturally occurring substances that act as methyl donors during vital biochemical processes in the body. Methylation is essential to normal cell health and function. It can decline with age or chronic alcohol consumption, and it can be limited in some individuals due to their genetic makeup.

SAMe donates methyl groups, which are needed for the synthesis of neurotransmitters, proteins, nucleic acids, and phospholipids. It supports glutathione production, liver health, joint comfort, and a healthy mood. TMG is an especially important methyl donor involved in the metabolism of homocysteine and the formation of SAMe. TMG ultimately supports cardiovascular and neurological health, as well as normal cell-life regulation.

XYMOGEN® ’s SAMe & TMG formulation contains a minimum of 70% of the SS isomer of SAMe, the active form the body can use most readily. This concentration makes SAMe & TMG cost effective as most SAMe formulations on the market contain less than 44% active SS isomer. Nitrogen-purged foil sachets maximize stability.